Utopias are Over: Cities are Living Systems

A Manifesto by John Thackara

A philosopher and writer by training, John Thackara travels the world in search of stories about practical steps being taken to restore the planet and realise a sustainable future. He was commissioner of the world’s first social innovation biennial, Dott 07, in England, and of the first ecological city biennial: City Eco Lab, in France. Until 2007, Thackara was curator of the celebrated Doors of Perception conference – first in Amsterdam, and later in cities throughout India. Since then he has led learning journeys and place discovery workshops in 40 countries – from Lapland to Queensland.

1. Change and innovation are no longer about finely crafted ‘visions’ of some future place and time. Positive change happens when people reconnect – with each other and with the biosphere – in rich, real-world contexts. Rather than ask about utopias, I challenge city leaders to answer two questions: Do you know where your next lunch will come from? and Do you know if that place is healthy or not? This approach expands the design focus beyond hard infrastructure and towards a whole-system concern for the health of places that keep the city fed and watered. Within this frame of the city as a living system, the health of farm communities, their land, watersheds, and biodiversity become integral aspects of the city’s future prosperity. This focus acknowledges that we live among watersheds, food sheds, fibre sheds, and food systems – not just in cities, towns, or ‘the countryside’.

2. The presence of good bread is a reliable indicator that a city’s food system is healthy. Good bread denotes microbial vitality. In dozens of major cities, real bread pioneers are creating shorter grain chains by connecting together a multitude of local actors in ways that reduce the distance between where grain is grown and the bread consumed: urban farmers, seed bankers, food hubs, farmers markets, local mills, and processing facilities. As this latticework of activity, infrastructure, and skills connects up, regional ‘grain sheds’ are beginning to take shape.

3. New distribution platforms also have an important role. La Ruche Qui Dit Oui!, for example – The Hive that Says Yes! – is the brainchild of French industrial designer and chef Guilhem Cheron. La Ruche combines the power of the internet with the energy of social networks to bridge the gap that now separates small-scale food producers from their customers. Food platforms such as La Ruche embody a whole-systems approach in which the interests of farm communities and local people, land, water- sheds, and biodiversity are considered.

4. A focus on living systems means a new kind of infrastructure. New sorts of enterprise are needed: food co-ops, community kitchens, neighbourhood dining, edible gardens, and food distribution platforms. New sites of social creativity are needed: craft breweries, bake houses, productive gardens, cargo- bike hubs, maker spaces, recycling centres, and the like. Business support is needed for platform co-ops that enable shelter, transportation, food, mobility, water, and elder care to be provided collaboratively – and through which value is shared fairly among the people who make them valuable. Technology has an important part to play, as it provides the necessary infrastructure for these new social relationships to flourish. Mobile devices and the internet of things make it easier for local groups to share equipment and common space.

5. At the heart of this unfolding transformation is a new story of place. Cities are catalysts of the system change we require. They can embody a new story about development and progress in which the health of biodiversity, food sheds, and watersheds are key indicators of success. A city is most healthy as a meeting place for change agents, outliers, and shadow networks. The healthy city is about participation, not spectacle. Connecting is itself a form of innovation. 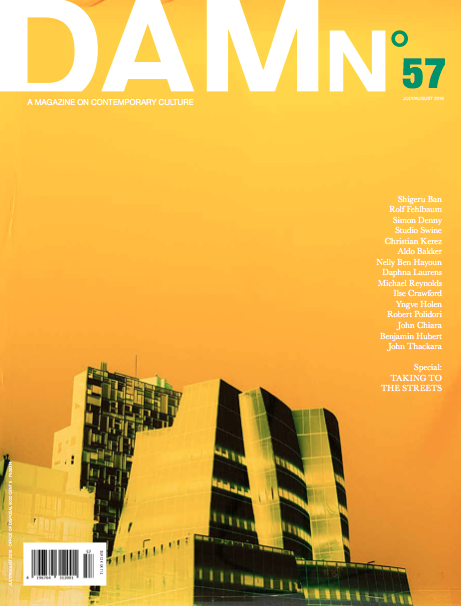 This article appeared in DAMN°57. Order your personal copy. 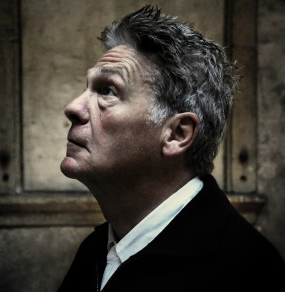 John Thackara writes stories and talks about his research in a widely read blog and in dozens of published books. The most recent of these is How To Thrive In The Next Economy (2015). He studied philosophy and then went on to produce design and architecture events at the Pompidou Centre (Paris), Victoria & Albert Museum (London), Axis Gallery (Tokyo), and other venues. In the early 1990s, Thackara was Director of Research at the Royal College of Art. He subsequently became the rst Director of the Netherlands Design Institute in Amsterdam (1993—1999). He is currently Senior Fellow at the Royal College of Art in London, Fellow at Musashino Art University in Tokyo, and professor at SVA in New York. In 2015 Thackara received an honorary doctorate from Plymouth University in England, and he’s also a member of the UK Parliament’s Standing Commission on Design.